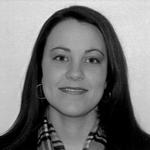 Since 2005, Amber has been representing clients before the WA State Legislature. Prior to 2005, she worked as staff in the State Senate first as a senior legislative assistant and then as a caucus fiscal analyst.
This lobbyist certified completion of required code of conduct training on 12/16/2020.
Krystelle Purkey
Lobbying since: 2015

Krystelle has worked as a contract lobbyist since 2015, addressing housing, maritime, and healthcare issues. Prior to becoming a contract lobbyist, Krystelle was a Legislative Intern for the Washington Secretary of State’s Office.
This lobbyist certified completion of required code of conduct training on 12/16/2020.