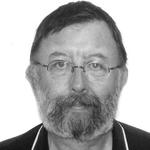 Mr. Cooper has worked for more than two decades in the legislative arena, representing clients in such diverse areas as criminal law, substance use disorder treatment, social services, education, & environmental law. He is an award-winning former journalist, has been a guest lecturer at UW & SU Law Schools and an invited presenter for the American Association of Colleges for Teacher Eduction's national conference.
This lobbyist certified completion of required code of conduct training on 12/05/2022.