J Dylan Doty graduated from the University of Washington and later from Seattle University School of Law. Mr Doty began lobbying in 2009 and previously worked for Congressman Adam Smith in his Washington DC office and later for Congressman Norm Dicks in Kitsap County.
This lobbyist certified completion of required code of conduct training on 10/17/2019.
RICHARD W JENSEN
Lobbying since: 1993 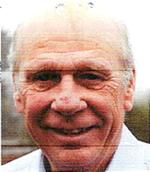 Contract lobbyist representing a variety of client interests and issues at the federal, state, and local levels of government, and executive and regulatory agencies. A general partner in Jensen Walgren Doty, a partnership with Gordon Walgren and Dylan Doty.
This lobbyist certified completion of required code of conduct training on 10/17/2019.