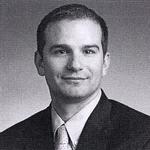 Brandon Houskeeper is Puget Sound Energy’s manager of state government relations, for both Washington and Montana. Previously, he served as the Association of Washington Businesses director of government affairs on environmental issues, including land use, climate change, regulatory reform. Houskeeper also tracked small business policy issues for the association. He worked at AWB for more than five years, before joining PSE. Prior to joining AWB, Houskeeper was a policy analyst with Washington Policy Center, focusing on environmental, land use and energy regulation issues. While with WPC, Houskeeper also directed WashingtonVotes.org, WPC's free public service website for following legislation in Olympia. Before joining WPC, Houskeeper served with the Washington State Legislature and as the government affairs director for a professional home builders' association, bringing with him more than eight years of experience with the legislative process at the state and local level. Houskeeper holds a bachelor’s degree in political science from the University of Washington.
This lobbyist certified completion of required code of conduct training on 10/14/2019.