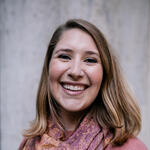 From 2009-2013 Patashnik worked as a legislative assistant in the House of Representatives. From there she moved on to do communications for the House Democratic Caucus for two years. In 2015 she was hired by the Jewish Federation of Greater Seattle to do their Government Affairs and Community Relations work. In this role Patashnik lobbies on behalf of the Jewish Community on issues such as combating antisemitism hate, and discrimination, support for a strong social safety net, and more, as well as a number of Jewish Community organizations including the Anti Defamation League, the National Council of Jewish Women, Jewish Family Service, Kline Galland and Associates and many Jewish congregations across Puget Sound.
This lobbyist certified completion of required code of conduct training on 01/05/2021.