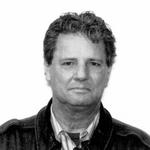 Born October 31, 1953, Doug has been active in politics for three decades. A 1979 graduate of Reed College in Portland, Oregon, he majored in political science and economics. Following graduation, Doug withdrew from his trade as a welder and fitter and began working with prominent metal sculptors and artists in Portland, Oregon. Following that, he worked on several political campaigns for state office and lobbied on environmental and labor issues. Upon accepting a union staff position in New Mexico, Doug worked for AFSCME and NEA affiliates as a staff representative, a political coordinator for elections and as a lobbyist from 1984 to 2000. In 2000 he moved to work with WEA Chinook in Tumwater and has been there ever since as a UniServ Representative.