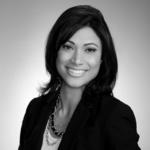 Nina Kapoor - Director of State Government Affairs Ms. Kapoor has served the RNG Coalition since 2017, leading government affairs and legislative advocacy efforts at the state level. Previously, she provided strategic planning and public affairs counsel to nascent and established energy and environmental clients for domestic and international business efforts as Founder and Principal at Kapoor Consulting. Prior to that, Ms. Kapoor served as VP of Legislative Affairs at the California Forestry Association (CFA), advocating for California’s forestry sector before legislators in California and Washington, DC. She also has previously represented energy and transportation clients at KP Public Affairs after spending time as a legislative staff member to prominent members of the California Senate and the Assembly.