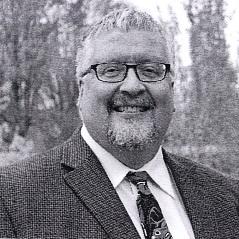 ROBERT A BATTLES
Bio:
Bob Battles is AWB's director of government affairs on workers' compensation, unemployment insurance, and other workplace issues, including employment law, wage and hour issues, workplace safety and legal affairs. Battles also serves as AWB's general counsel. Battles has more than two decades of experience as an attorney specializing in workplace issues and government affairs. He began his career with a 10-year stint in the office of the Washington State Attorney General. He led a team of 18 attorneys and professional staff as team leader in the Labor and Industries Division. In the AG's office he supervised more than 400 L&I cases per year in areas such as electrical, contractor, plumbing and factory-assembled structures. Battles also spent 12 years in private practice at several Puget Sound-are law firms, and was a partner at Eisenhower Carlson PLLC in Tacoma.
This lobbyist certified completion of required code of conduct training on 10/25/2019.