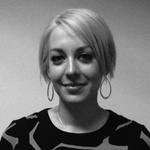 Started lobbying in 2003 at the Secretary of State's Office. In 2010 moved to Strategies 360 and represented a variety of clients ranging from business to municipalities. Started with the Washington Retail Association in 2015, serving as Director of Government Affairs. Moved to TechNet in November 2016 as Executive Director for Washington & the Northwest. In November 2018 became the Senior Manager of Government Partnerships for Bird.