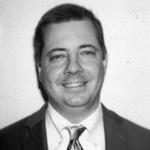 Casey Kelley is the State Government Affairs Manager for the western and southern U.S. and the Canadian Province of Alberta. In his role he monitors and supports state policy initiatives before various government entities in the region. Mr. Kelley is also the lead for government affairs support of new project development in the U.S. Prior to joining Exelon in 2012, he served as chief of staff to a Texas State Senator and a member of the Texas House of Representatives. Mr. Kelley also held the position of Director of Government Affairs for a small startup company which focused on fuel additives in the oil & gas industry. Gary has a Bachelor of Science in Communications from Abilene Christian University.