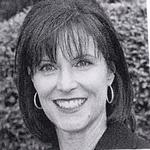 Sheri Nelson is AWB's director of government affairs for health care and education. She joined AWB in 2013. Before joining AWB, Nelson had a career in private industry and extensive involvement in community and economic development groups. She spent 10 years as community relations manager for the forest products company Sierra Pacific Industries, where she was a key liaison with state, federal and local governments. She was part of the executive team that sited, built and acquired new Sierra Pacific sites around western Washington.