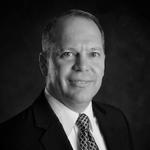 John Rothlin was named Manager of Washington State Government Relations for Avista Corporation in December of 2012. John worked for nearly 18 years in the Washington State House of Representative, including five and a half years as Chief of Staff for the House Republican Caucus. Before coming to work for the Legislature, he lived and worked for ten years in Central Washington, working in media and public relations. He holds a bachelors degree in Communications from Washington State University. John, his wife Brenda and their two children, Joseph and Payton, make their home in Chehalis, about 30 miles south of Olympia.
This lobbyist certified completion of required code of conduct training on 11/01/2022.