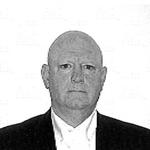 Bill Scott, VP State Government Affairs, West & South Regions, directs state legislative and regulatory initiatives in 23 western and southern U.S. states and the Canadian Province of Alberta for one of the nation's largest competitive energy providers. His office supports market development in the West and South, and new project initiatives throughout the U.S. His team manages state policy issues before the legislative and executive branches of state government, and is the primary contact with state public utility commissions and environmental regulatory agencies.