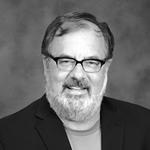 Larry Shannon is the Government Affairs Director for the Washington State Association for Justice, and has served in that role since 1994. He serves as director of all legislative, electoral, and public affairs activities of the organization. Previous to serving in the position, he served as Development Director and Public Affairs Director for WSTLA. Prior to his directorships at WSTLA, he spent six years working in the consumer protection division of the Washington State Attorney General's Office. He served as special liaison on the Washington State Bar Association Board of Governors from 1994 to 1998. Larry is a board member of Washington Community Action Network, Washington CAN, the largest consumer organization in the state, and is also involved in numerous community groups, including as a new board member for Washington Coalition for Open Government. Larry is also the national chair of the Public Affairs Education Programs for the National Association of Trial Lawyer Executives, and is an Executive Officer of their Justice Research Center. He was recognized in 2005 by Washington "Law and Politics" magazine as one of the top five lobbyists in the state. He has also written articles, which have been published in numerous consumer and political publications on legal and political affairs. For his efforts on behalf of consumers and the Civil Justice System, Larry has been recognized with the prestigious Washington State Trial Lawyers Association President's Award (1997), Washington Community Action Network (WA CAN) Board Member of the Year (2002), and a recipient of the Pillar of Justice Award (2007). A native of the Seattle area, he graduated from the University of Washington with a degree in political science and history. Larry is happily married to Jan Simonds and they have three gorgeous children. Before sending his children off to college, Larry has been involved as a boy's baseball and girl's soccer and basketball coach from the little leagues to the high school and AAU level. He is still the President and founder of the Ballard American Legion athletic program.
This lobbyist certified completion of required code of conduct training on 01/11/2021.