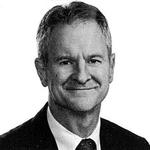 Mr. Sprague has been a government relations professional since 1987. A native of Seattle, Washington, he graduated with honors from the University of Washington. He began his career by working on campaigns and consulting candidates for local, legislative, and congressional office. This experience afforded Mr. Sprague the opportunity to become Political Director for the state's largest political action committee, United for Washington. He used his knowledge of the electoral process and relationship with elected officials to enter public affairs by representing a variety of public and private sector organizations before the Washington State Legislature. After working as a contract lobbyist, he was hired as Manager of Government Affairs for the Association of Washington Business, where he created the organization's environmental affairs division. Avista Corporation first employed Mr. Sprague as Manager of State Government Relations in 1990; he is now employed as the company's Director of Government Relations. Mr. Sprague has served on the board of many civic organizations. Three Governors had appointed him to successive terms on the Commission on Judicial Conduct; he finished his tenure on the Commission serving as its Chair. He presently serves as a member of the Spokane Airport Board, as a member of the Board of Directors for the Association of Washington Business, and as a member of the Board of Trustees of the Washington Research Council. Mr. Sprague resides in Spokane, Washington.
This lobbyist certified completion of required code of conduct training on 10/17/2019.