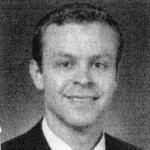 Jesse Uman is a Government Relations manager for The Boeing Company. In this position, he is responsible for representing the company before elected and appointed public officials and their staffs, industry and business association executives, and political community-based organizations in the Central Puget Sound region. He acts as the primary company representative for negotiating and influencing government relations policy on external issues. He provides political strategy and advice to company management. Uman also develops and implements legislative and regulatory programs in support of companywide policy priorities at the federal, state and local levels. Prior to joining The Boeing Company, Uman served as Senior Policy Advisor to Congressman John Lewis (GA) where he focused on military affairs, education, energy, and environmental issues. Uman also served as an intern on the U.S. House of Representatives International Relations Committee where he focused on European trade and security issues. Uman holds a master's degree in international affairs from George Washington University's Elliott School of International Affairs. While at George Washington, Uman was awarded the Bryce Harlow Fellowship in 2007 and 2008, and completed the Oxford-GW Program in lnternational Human Rights Law. Uman graduated with honors from the University of California at Santa Barbara with a Bachelor of Arts in political science and a minor in history. Uman serves on the board of directors for the Renton Chamber of Commerce, Seattle Works, Renton Airport Advisory Committee, and King County Airport Roundtable.