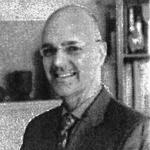 On Jan. 31, 2014, Sam Whiting became Thrive by Five Washington's president and CEO. Sam most recently served as community investor for education at The Boeing Company, leading the company's relationships with state and local education leaders as well as nonprofit education agencies working statewide to improve education outcomes from birth to high school graduation and beyond. Before joining Boeing, he spent almost two decades in nonprofit management in the arts, education and human services fields. He directed early childhood programs for Children's Home Society, including leading Head Start, family mental health, and maternal/child health programs. Sam spent six years as executive director of Page Ahead, a statewide children's literacy nonprofit serving more than 50,000 children. He also served as Director of Foundation Projects for The Seattle Foundation. Sam is a board member for the Women's Funding Alliance and has volunteered on the boards for several other nonprofits. He received his master's degree in Not-for-Profit Leadership in 1997 and completed his doctoral coursework in 2011, both at Seattle University.