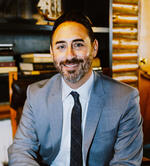 As the Principal and Owner of Paribello Public Affairs, James works as an independent contractor providing government affairs services and lobbying on behalf of diverse interests ranging from cannabis regulation to economic development, election reform, health care, tribal sovereignty, and workers’ rights, while also providing strategic communications and consulting work on the local, state, and federal level. James Paribello served for more than a decade in the Washington State Senate and House of Representatives serving numerous legislators across the political spectrum as both a Policy Analyst and Communications Specialist. After leaving the House, James joined Governor Inslee’s campaign as his Policy Director and then served as his Senior Policy Advisor on Economic Development. James also served the Governor’s administration for nearly four years as the Legislative and Tribal Liaison for the Washington State Liquor and Cannabis Board (WSLCB), serving as spokesperson for the Board at public hearings, community town halls, and advocate with the Legislature, Northwest tribes, and industry stakeholders. His primary task was developing and implementing the legislation necessary to regulate and enforce the burgeoning cannabis industry after the passage of I-502, and negotiating the nation’s first cannabis compacts between Washington State and interested Tribes. James also provides pro bono government affairs consultation and services to local not-for-profit radio station and arts organization, KEXP 90.3.
This lobbyist certified completion of required code of conduct training on 10/27/2022.