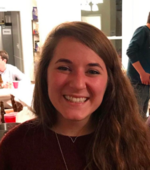 Janice brings a background in community organizing and voter engagement to Patients For Affordable Drugs Now. She spent five years working in field organizing on political campaigns across the country, and in 2016, she served as the Organizing Director for Hillary Clinton’s general election campaign in Ohio. Before that, she held leadership roles on Clinton’s primary campaign organizing teams in Iowa, Minnesota, and Washington State. Janice grew up in Northern Indiana and graduated from the University of Pennsylvania.