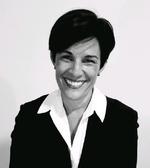 Alison Holcomb is Political Director of the American Civil Liberties Union of Washington. She has worked with lawmakers and community leaders on state and local legislation, and statewide ballot initiatives, since 2006. Formerly, she was a trial attorney focusing on criminal defense and civil asset forfeiture in state, local, and federal courts. Alison is a graduate of the University of Washington School of Law and Stanford University.
This lobbyist certified completion of required code of conduct training on 12/03/2019.