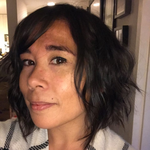 Nicole is the executive director at Puget Sound Sage. With 15 years of experience in policy advocacy, coalition building, research, civic engagement, social services, and community organizing she often facilitates conversations and initiates projects with grassroots groups, policy makers, government agencies, foundations, community organizations, students, unions, businesses, and community coalitions towards co-creating, passing and implementing more equitable, just and mindful policies and practices. Previously, Nicole was the executive director of the Fair Work Center, a hub for workers to better understand and exercise their legal rights, improve their working conditions and connect with community resources. Nicole began her career through human services, organizing and civil rights education roles at the Washington Environmental Council, El Centro de la Raza, the Washington Bus, Youngstown Cultural Arts Center, and much before that music and co-founding a sexual assault peer support group at the college where date rape was defined. Since then, Nicole has co-authored several publications on financial capacity, income taxes, childcare, environmental justice and the economic impact of living wages. Her work has been featured in local, national and international media including the New York Times, BBC, The Guardian and Huffington Post. In 2014, Nicole received a 50th Anniversary Civil Rights Leadership Award the Seattle Office of Civil Rights and Women's Commission and in 2015 she was named as one of the 15 people Who Should Really Run Seattle by the Seattle Metropolitan Magazine. Nicole holds a Bachelors degree in Public Policy from The College of William and Mary and a Masters in Social Work from the University of Washington. Her most important learning experiences came from her family - one side of quick-witted and resourceful Filipino teachers, nurses, doctors, rice farmers, business owners, engineers, and chemists and another side of quick-witted and resourceful Irish bartenders, tradespeople, veterans, farmers, managers, engineers, cleaners, restaurant, and tunnel workers.