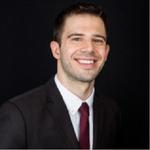 Jacob joins Brownstein to help lead the state government relations practice of the Early Care and Education Consortium (ECEC). Before joining ECEC, Jacob served as manager of policy and governmental affairs at Child Care Aware of America. Prior to that, he served as a staff assistant to Sen. Tom Udall (D-NM), a policy analyst for the United Nations Development Program in Amman, Jordan, and as a secondary math teacher in Gallup, New Mexico.
This lobbyist certified completion of required code of conduct training on 10/28/2020.
Michael Stratton
Lobbying since: 2016

Michael J. Stratton is a prominent Colorado civic and business leader, and one of the nation’s most well known political consultants. In 2016 he joined the prestigious Brownstein Hyatt Farber Schreck Law Firm where he serves as Senior Policy Director. A native of Durango and a graduate of Colorado State University, Stratton became active in politics in the 70s. He has worked in scores of campaigns around the country at every level of the electoral process, in roles varying from press secretary to consultant to manager. He began his career as a reporter, spent time in Washington, D.C., as a staff member in the U.S. Senate and served in the Carter administration. He began the public affairs firm of Stratton & Associates in 1981, later Stratton-Carpenter & Assoc. Stratton has played a leading role in numerous presidential campaigns and represented a variety of clients including many Fortune 500 companies, trade organizations and labor unions. Notable political leaders represented by Stratton include: Bill and Hillary Clinton, Gary Hart, Michael Dukakis, Bob Kerrey, Christopher Dodd, Floyd Haskell, Roy Romer, Ron Brown, Federico Peña, Wellington Webb, Bill Richardson and Mark Udall. In 1990 Stratton helped arrange and advance Nelson Mandela’s first trip to the U.S. following his release from prison in South Africa. Following President Clinton’s first election, Stratton was named one of the co-directors of the 1993 Presidential Inaugural Committee. He served as a senior consultant and assistant to the late U.S. Secretary of Commerce Ron Brown from 1993-1995. In that capacity, Stratton directed arrangements for Brown’s trade missions, including China, Russia, India, South Africa, Brazil and Israel. In 2004, Stratton served as chairman of Ken Salazar’s successful U.S. Senate campaign in Colorado. During 2005, he served as a member of the DNC’s Scheduling and Nominating Commission. He authored the DNC’s addition of Nevada and South Carolina to the early Presidential primary/caucus schedule. During the 2008 presidential cycle, Mike was senior consultant to Gov. Bill Richardson’s Presidential campaign. Stratton was active in the successful campaigns of U.S. Sen. Michael Bennet and Gov. John Hickenlooper in Colorado. He is considered the Dean of advisors to the Democratic Governors Association (DGA) serving on their board since 1982. Stratton is regularly involved with international business, political affairs, peace initiatives and other world-wide foreign policy issues, including representing the National Democratic Institute (NDI) on assignments in Africa. In 2012 he served as an official U.S. observer to the Mexican national presidential elections through the Mexico Instituto Electoral. Stratton has represented many of the nation’s leading real estate development groups, including Trizec, Taubman Companies, The Hahn Companies, Koll Company, Rosewood Properties and City Market. In the 1980s, Stratton began working on real estate ventures of his own, today having successfully developed and sold tens of millions of dollars in residential and commercial properties along the Front Range, as well as in the mountain areas of Colorado. A featured speaker, Stratton has authored numerous articles, editorials and other publications on topics related to government, energy, politics and sports. He has served on numerous public and private boards and commissions, including the Colorado State Board of Governors, the governing body for the Colorado State University System. He has received numerous leadership awards including national and international Who’s Who recognition. Stratton has lectured as a member of the Alumni College Faculty at George Washington University and regularly lectures in Colorado State University’s Department of Technical Journalism where he chaired the Alumni Advisory Board. In 2000, Stratton received Colorado State’s Distinguished Alumni Award. In 2011, he was named to CSU’s Journalism Hall of Fame. He serves as a board member of the private bank, Merchants Mortgage & Trust of Centennial, Colo. His civic involvement has included serving as a March of Dimes volunteer, YMCA and youth league coach. An avid traveler, skier and golfer, Mike lives in Denver and Washington D.C.
This lobbyist certified completion of required code of conduct training on 11/05/2020.