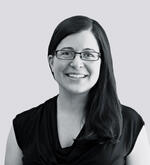 During the 2021 session Jasmin will be directly supporting Civic Ventures' work to pass progressive revenue in the state legislature by attending coalition meetings and participating in some meetings with legislators on behalf of Civic Ventures. Jasmin is the Executive Vice President of Civic Ventures. She has worked in budgeting and strategic planning at Harvard University, as Legislative Director for a national union organizing campaign, and as Deputy Director of Seattle’s Office of Intergovernmental Relations. Jasmin has a Master in Public Policy degree from Harvard’s Kennedy School of Government, a Master of Science in Equality Studies degree from University College Dublin, and her undergraduate degree from the University of Washington.
This lobbyist certified completion of required code of conduct training on 02/11/2021.