Paula F. Sardinas, NBPLA currently serves as the President/CEO of FMS Global Strategies, LLC, a #BIPOC Governmental Affairs lobbying firm, and The Purpose Driven Girl, a 501(c)(3) nonprofit, focused on empowering #BIPOC women and girls who are often unable to use their voice— due to intersectionality and structural racism. Her career in public policy spans 25 years working in Telecom, Engineering, Banking, IT, STEM, Cannabis Social Equity, and Financial Literacy. She is a member of the National Black Professional Lobbyist Association in good standing.
This lobbyist certified completion of required code of conduct training on 10/26/2020.
Albert Sardinas
Lobbying since: 2021

As a member of the FMS Global leadership team, Albert is responsible for the day to day operations of FMS Global Strategies, LLC, and FMS Global Cares, LLC. His legislative experience began in 2008 when he worked as a government relations consultant assisting his wife Paula Fillmore-Sardinas at Fillmore-Riche Convergent Technologies, handling social media for Women for Obama. In 2012, Albert was chosen to be a Fellow for Obama for America, where he served as part of the Florida Campaign team for President Obama's re-election. As the VP Public Policy, Albert cultivates relationships between his clients and the Legislative and Executive branch. He's primarily responsible for the development of legislative tactics and strategies on state and local issues. He serves as a SME for cannabis social equity, construction, appropriations, small-businesses, and emergency preparedness issues. He brings twelve years of advocacy, procurement, and call center consulting to FMS Global Strategies. Albert is fluent in Spanish, French, and English. He is the only son of Cuban born immigrants. He has a passion for DEI and immigration issues. He's also been a champion for the LGBTQIA community in Florida and Washington state. In 2019, he launched a food insecurity program to tackle poverty and systemic racism under the FMS Global Cares umbrella. He's participated in humanitarian efforts in Haiti, Puerto Rico, USVI, Florida, Georgia, New York, California, and Nevada.
This lobbyist certified completion of required code of conduct training on 01/12/2021.
Phillip Singleton
Lobbying since: 2020 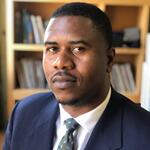 Phillip A. Singleton is a best-selling author, TEDx speaker, political strategist and influencer known as the Hip Hop Lobbyist. He previously served as Legislative Director for a law firm, providing legislative guidance, culturally targeted messaging and strategic campaign outreach throughout the country. In 2010, at the age of 24, he became the youngest African-American lobbyist in Florida’s history. During his time working in the political process, Phillip has played an instrumental role in passing legislation regarding the expansion of Major League Soccer in Florida (Orlando City Soccer Club); securing additional accreditation resources for national preeminent and historically black colleges and universities (Florida State University & Florida A&M University, respectfully); campaign and election reform; along with securing millions in resources for various economic development projects. Phillip’s successful work in politics was highlighted in 2011 when the Florida Conference of Black State Legislators (FCBSL) recognized him as an Emerging Leader. He was later featured by 850 Business Magazine’s 40 under 40 for his work in the Florida Legislature. Phillip was also a recipient of the Network of Young Professionals Top 20 under 40 Emerging Leaders for his achievements in Law/Governmental Affairs. In 2014, he founded the full service governmental affairs and multicultural outreach firm Singleton Consulting. Since opening his firm, Phillip has focused on bridging the gap between historically underrepresented communities and having a seat at the political table. FloridaPolitics.com later recognized Phillip Singleton as one of the top 30 millennial political operatives in the state and “the only consultant in The Process who can lay claim to the title ‘Hip Hop Lobbyist.’” As a result, the Phillip Singleton - Hip Hop Lobbyist - has secured millions of resources for at-risk youth programs, PreK-12 schools and economic development initiatives in predominantly urban communities. These initiatives have helped create hundreds jobs in the tech sector, provided after school programs for children living in high crime communities and provided substance abuse & mental health counseling for at-risk youth living in the urban core. Phillip is the co-author of the best-selling Faith Into Abundance: 30 Stories from Successful Christian Entrepreneurs and Insider Secrets: A Guide To Influence Political Decisions. In 2017, Black Enterprise Magazine recognized Phillip Singleton as a Top 100 BE Modern Man for his impact on state and federal politics, urban businesses and work in politics as the Hip Hop Lobbyist. In April 2018, U.S. Representative Al Lawson (FL) hired Phillip Singleton as his Senior Advisor leading back-to-back historic wins during the 2018 and 2020 campaign cycle. Phillip attended Florida A&M University. He is married to Jalencia A. Singleton of Delray Beach, Florida.
This lobbyist certified completion of required code of conduct training on 01/17/2021.